Shop through Amazon and support this site!

Words to inspire your wanderlust.

Words to inspire your wanderlust

"A hundred reasons clamour for your going. You go to touch on human identities, to people an empty map. You have a notion that this is the world's heart. You go to encounter the protean shapes of faith. You go because you are still young and crave excitement and crunch your boots in the dust; you go because you are old and need to understand something before it's too late. You go to see what will happen."
--Colin Thubron, Shadow of the Silk Road

“Ideally, travel broadens our perspectives personally, culturally, and politically. Suddenly, the palette with which we paint the story of our lives has more colors.”
--Rick Steves, Travel as a Political Act

"Food is everything we are. It's an extension of nationalist feeling, ethnic feeling, your personal history, your province, your region, your tribe, your grandma. It's inseparable from those from the get-go."
--Anthony Bourdain

Bootprints around the world

Sacramento has been in the news quite a bit since mid-March. Just two days before the shooting of Stephon Clark and the subsequent protests that shined the ugly light of police violence against minority communities on the city, the Washington Post published a flattering article on how the city has broken away from its cow-town stereotype and how its become a “big city” with “big city” restaurants and bars. That’s some bitter irony.

Like the writer of the article, I’m a Sacramento native. And like many Sacramentans, I left … and came back. I can’t quite explain it, but the city has some magical pull, I think, as unassuming and unglamorous as it is. Even non-Sacramento natives that have spent some time here for work or school end up sticking around, or they leave and come back. But maybe it’s exactly those qualities that folks from San Francisco or Los Angeles or San Diego criticize Sacramento about that appeals to people. The city is unpretentious. The city has a small-town feel. The city is slow-paced.

When I was younger, I felt trapped by all this. Like Lady Bird, from Greta Gerwig’s film of the same name, I yearned to spread my wings after high school. (Trust me, if you think Sacramento is slow-paced now, imagine what it was like in the 80s and 90s, when I was growing up and coming of age). I wasn’t quite so dramatic as Lady Bird as to jump out of a moving car, but I did fall off one while sitting on the window opening of the car door–but that’s for another blog.

I’ve been back for 17 years now. Admittedly, the first several years were difficult. But I’ve seen it change quite a bit since 2001, though a new resident or visitor wouldn’t notice anything. Sacramento doesn’t do big, grand buildings that dominate the cityscape. Great restaurants and bars established themselves, as good as any in a big city; the city became a leader in the farm-to-fork movement; craft brewery is a premier attraction; and it’s a standout among coffee connoisseurs. They often fill the space of old buildings and warehouses, redeveloping the urban core and extended areas. The biggest, most visible physical change to the city in decades is, of course, the new Golden 1 Center.

So, now, for those of you thinking about visiting Sacramento (you know–for a potty break while traveling between San Francisco and Lake Tahoe) or have been away for several years and have recently moved back, this is my list of favorite hidden gems in the Sacramento area not highlighted in the WP article. 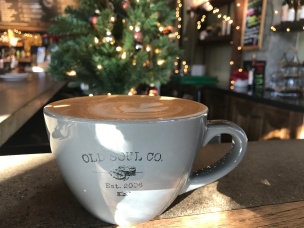 Clarksburg wineries: California has Napa Valley, Sonoma Valley, Alexander Valley, the Paso Robles wine regions … and Clarksburg? Located just a handful of miles south of West Sacramento is the community of Clarksburg in Yolo County, and home to about 20 wineries. The region has 35 varietals, perhaps most well-known for Zinfandels and Barberas. Fifteen wineries conveniently located in the Old Sugar Mill, once a functioning … well, beet-sugar refinery.

Old Soul: Sacramento has become nationally known for its number of high-quality independent coffeehouses and roasters. The OG one is Java City, which opened in 1985. But the trend kicked into high gear with the arrival of Naked Lounge (via Chico) at the corner of Q and 15th Street 16 years ago–and thus began the independent coffeehouse golden age in the city. Of the myriad that have split off from Naked or popped up separately, Old Soul is my personal favorite.  The coffee beans are fair trade and top notch quality, the atmosphere at all the locations are relaxed, and the baristas are non-pretentious. The location in Midtown, called Weatherstone, is my usual spot, coincidentally in a former Java City location.

Allspicery: A unique little store in the heart of Downtown Sacramento. They carry a wide variety of spices, dried herbs, and teas. I’ve bought things for all types of dishes–Persian, Moroccan, etc.

Broderick Roadhouse: My favorite burger joint in the Sacramento area. The original is in West Sacramento and is the best. I always tell myself try a different burger, but I always go back to El Charro or the Johnny Cash burger. With an egg, of course.

Hot Italian Pizza: Thin crust pizza, the way it’s done in Rome. The menu is long and varied, ranging from authentic Italian classics like neopolitans to new takes on ingredients, all cooked in a brick oven like nonna used to make back in the home country. Personal favorites are the Magnini and the Fiori. Simple pizzas that allow the minimal toppings to shine.

Fulton Green Market: This is an “international” market and cafe, owned by a Persian family. The market is stocked with a variety of Middle Eastern and Eastern European products, but the food and dessert from the cafe is among my favorite Persian food anywhere. The family is warm and welcoming, and makes you feel right at home.

View all posts by TMV